I have worked as an independent journalist since 1985.

For a large part of my career I have focused on investigating reliable evidence for highly unusual paranormal phenomena. Phenomena that only a few decades ago were ridiculed as impossible but are now being taken seriously by mainstream media and increasingly by larger sections of the scientific community.

Some of the many topics I’ve covered include: investigations into the UFO phenomena, the evidence for life after death, the CIA’s secret remote viewing program, the controversial HAARP program in Alaska, alternative archaeology, purported free energy or over unity devices, New Age tourism and even a woman who famously tried to fool the world she was Madonna.

I was the first journalist in the UK to write about the controversy over the re-dating of the Sphinx in The Independent Newspaper.

I was a leading contributor on hugely successful X-Factor magazine. Which published 98 collectable issues to be bound into folders. 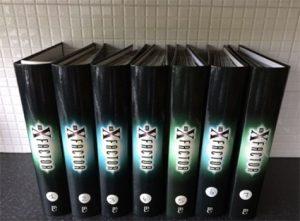 It included articles on cover ups, paranormal mysteries and UFOs. And was translated into seven different languages.

I continued my fascination with tattooing after the success of my documentary on the subject and worked for numerous tattoo magazines especially Skin and Ink magazine that won magazine of the year award in the US.

My articles have been published all over the world.

Here is a small selection of some of the work I have been commissioned to write.