TATTOOING: PIGMENTS OF THE IMAGINATION 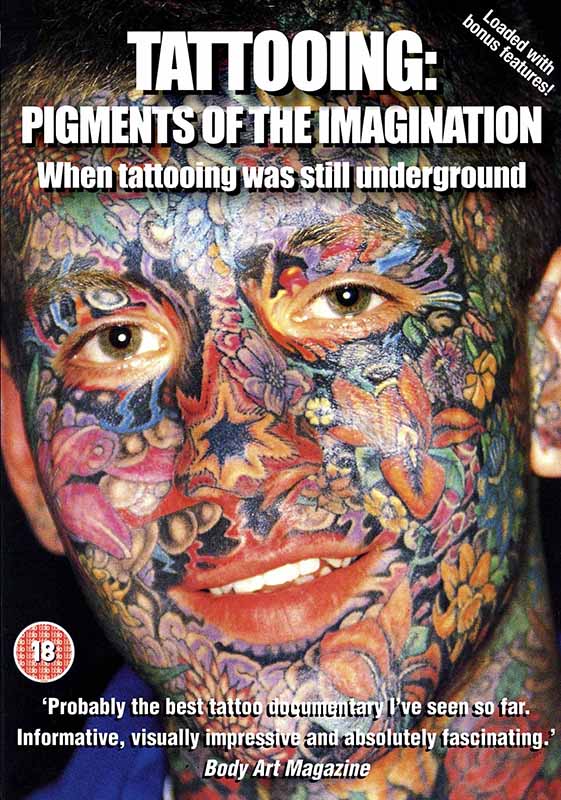 ‘This is a classic. Shot in the 80s by renowned tattoo journalist Tim Coleman it’s a fascinating historical record which is as entertaining as it is informative.’

Discover the tattoo world before everyone got one.

Shot on film in 1985 it was one of the first serious documentaries to be made about the subject in the UK. And long before the popularity of tattooing exploded.

It has subsequently become a cult classic among tattoo aficionados.

Contrasting legendary old school tattooists with a new wave of artists who steered it from the backstreets into the mainstream. Transforming tattooing into the most popular art forms of all time.

Featuring some of the best tattoos from around the world, it also explores tattooing’s dark side. Shocking interviews reveal how facial tattooing led to alienation and even death. Those responsible are exposed.

Meet the most tattooed man in the world and the tattooist who pioneered extreme piercing in Europe. Discover why it was nearly banned in the UK and why he nearly went to jail.

A rich treat for lovers of tattoo art and history and anyone who is mildly interested in the question of why people get tattooed.

Included is some of the only footage ever shot of now legendary old school tattooists, like King’s Cross Jock and Barry Louvaine.